By now it should be widely known and recognized within the safety community that the SCM does have some serious shortcomings or drawbacks, or at least that a number of misperceptions have led to wrong application. Reason himself is among those to acknowledge this and has, together with Hollnagel and others, written a paper on the subject. I’d advise anyone to read this 2006 Eurocontrol report “Revisiting the Swiss Cheese Model” that is freely available on the net.

Recently there has been published a book which gives a rather deep and detailed critical discussion of the SCM. I won't go into that level because it would require an extensive study of Reason's work and I don't have time for that. Personally I have never seen the SCM as an accident model in the same manner as e.g. the dominos, especially since I have never seen how the SCM practically can be used in an investigation other than that one uses it as a frame of mind to check out barriers that may have failed. The SCM is to me at the most something that “describes how an accident could happen” as Reason et.al. have said. In the cases that I mention the model myself, I use it to explain (multiple) barriers and how failure of these can lead to accidents.

The SCM also shows that a failure upstream (call it management) can be stopped underway (e.g. by competent and alert personnel), yet on ‘a bad day’ (another employee, stress, etc.) an accident may be the consequence. One huge drawback of the SCM is obviously that many versions exist. Some versions (e.g. the 1997 from “Managing The Risks…”) are very flexible and don’t put the layers of barriers in any strict order which would even allow an explanation of incidents starting without management failures. Other versions, however, do of course have various layers with designated ‘categories’ that - looking strictly at them - could be seen as if the SCM does say that all accidents are due to management failures.

It has been suggested that the SCM is an updated version of Bird, something I don’t see at all and must be an assumption or conclusion that is not further explained at length, but probably is linked to the fact that both tend to look towards management factors as the root causes of accidents. That being the case I think that Bird’s sequence and the SCM are quite different at heart. Reason’s first two books do reference Bird only once, and then he not even refers to Bird’s domino sequence, but to Bird’s updated pyramid (see “Managing The Risks Of Organizational Accidents”, p. 224).

One important difference is that Bird shows us a sequence of causes leading up to an accident and its consequences/loss. The SCM pictures a series of barriers with possibilities for failure (note that the SCM pictures also ‘holes’ that are not relevant for the accident!) which when several failures line up can lead to an accident because all layers of protection have been breached. If anything then the SCM is about the spaces between Bird’s dominos. Another difference is that the domino sequence in a way pictures the mechanism how upstream factors may cause the next domino to fall and thus show some causal relationship. The SCM does not show the mechanisms for the causes (holes). Contrary to the Bird sequence viewed in a strict sense, the SCM does not have holes in one slice of cheese affecting holes in the other slices.

An understanding of barriers is important for discussing the SCM. In Norwegian railway safety legislation a barrier is defined as: “technical, operational, organisational or other planned and implemented measures that are intended to break an identified unwanted chain of events” (Sikkerhetsstyringsforskriften, 1-3). Other standards and legislation contain similar wording; e.g. ISO 17776:2000 (“Guidelines on tools and techniques for hazard identification and risk assessment”) defines a barrier as a “measure which reduces the probability of realizing a hazard’s potential for harm and which reduces its consequence” and explains that “barriers may be physical (materials, protective devices, shields, segregation, etc.) or non-physical (procedures, inspection, training, drills, etc.)”. When we speak of barriers (and also causes, by the way) in my company we think MTO: man, technical and organisation.

Probably everyone has experienced that barriers are (often) not perfect and barriers such as the ones listed as examples by ISO 17776 can fail from one moment to the next. One can choose to follow a procedure, or one can decide to take the shortcut making the rule-barrier useless. This mechanism doesn’t only apply to the ‘softer’ barriers, this also extends to technical barriers that can be rendered useless in a whim, for example when we don’t wear seatbelts or safety goggles or when a safety barrier is bridged.

When observing a system we have to study it as being the combination of man, machines, procedures and other elements. While it’s possible to see the part as separate items with man as one system and the machine as another, and man not being a part of the machine-system (although one, for example, can argue that the dead man’s switch in a train does unite the two), this view of separate systems is not very useful. A man working with a machine creates a new system that is built up from several sub-systems. This, in my view, gives a much clearer view of systems, and also of machines.

Having this in the back of our minds we should conclude that the SCM actually gives a pretty good mental model of how (or at least: that) barriers can fail - while recognizing its weaknesses at the same time, of course. I do strongly question the SCM’s use as an accident model.

I never really understood why the model had to be based on something smelly and yucky like cheese in the first place. Let me propose something more tasteful: 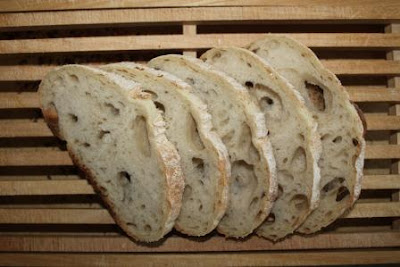