An example and various solutions

An example
Take the following example which hopefully demonstrates why I believe that:
The case
Someone in a laboratory in a university has suffered partial loss of eyesight after he had boiling acid liquid in one of his eyes. He was not wearing the mandatory safety goggles; instead he was wearing his own glasses which he needs in order to be able to see details at working distance. He was blending two chemical substances but did not do this in the described order and volume, causing the chemicals to react more ‘enthusiastically’ than intended, causing part of the acid liquid to reach boiling point and evaporate/explode sending drops of acid liquid into the immediate area - one or several of those hitting the insufficiently protected eye.

The victim was a bit in a hurry. It was Friday afternoon and he wanted to get home as soon as possible. He just needed to get this job done; clean up his part of the lab and it would have been weekend for him. So instead of following the proper procedure he was a bit careless and used greater volumes and the wrong order (started with the ingredient he randomly picked up first). He didn’t wear safety goggles because he never does. He tried the standard issue as provided by the laboratory several times, but those fit very badly in combination with his ordinary prescription glasses, irritating nose and ears immensely. This has been reported to the department head on several occasions, by several employees without resulting in a better fitting alternative. Also suggestions to provide contact lenses that would fit with the standard safety goggles have been turned down. In addition did the victim believe that his common glasses would provide sufficient protection since they cover the area in front of his eyes. The supervisor was aware of the situation and had noticed that the victim consequently doesn’t wear his safety goggles, but chooses to ignore this fact.

The victim is experienced, properly instructed, etc. The failure to provide suitable equipment is explained by the department head with reducing his expenses to the bare minimum. He is on a tight budget (government cuts in budgets to universities and lack of corporate sponsoring due to financial crisis) and has planned to spend all the money he has on a laser-ion-mega-spectrometre which will improve his department’s possibility to do analysis of the substances they work with. Besides, the university does provide standard safety equipment in accordance to CE standards and that should be good enough. The supervisor informs us that he is fairly new in his job and used to be ‘one of the boys’ before he was promoted. He was the best qualified among the applicants and the only internal applicant filling all the formal requirements. He finds it a bit embarrassing to start picking on safety rules he hasn’t followed all that closely himself before he was promoted.

Some solutions
Many thanks to Jeff Harris and Alan Quilley for supplying alternative solutions listed below! Great to see some alternating versions and views - this only contributes to learning, there is no perfect way anyway.

Starting with my own approach, I’ll draw the incident as a causal tree, a method I prefer because it illustrates both causal connections and (to a lesser degree) chronology. In contradiction to some opinions, I would note this with two separate direct causes.

Alternatively (and fully justifiable) one could choose to see the point of “loss of control” as the direct cause and then picture the accident and its direct cause as follows:

There are certainly many other and different ways one could write down things, many of them correct. All of the relevant information in the case (so far) is present, after all. One drawback of this particular notation and combining relevant elements in one ‘box’ (i.c. the accident and the missing goggles), however, is that it’s going to be harder to explain in a logical way how the lack of goggles played a role, which it does in my opinion. But see Jeff Harris’s solution below as well!

This is for me one reason to argue that many accidents will not have linear causal relationships. There is no way in this example that you get the wrong blending of chemicals and the missing goggles in some cause/effect or why/because relationship to each other, so they must exist parallel and join up at a certain point to produce the final effect. And mind you, both are not sufficient in producing the accident in themselves. Just leaving off goggles would result in what we could call an unsafe condition, while the act of wrong blending and thus boiling/exploding liquid with goggles on would lead to what we tend to call a near miss (as far as eyes are concerned - acid in your face is no great fun either).

We could stop here, by the way, if we would follow Hart & Honore’s rule of having met a “deliberate act” (in my notation even two, parallel, acts) being a “barrier” for further investigation. That, however, would leave the questions why the victim not followed the correct procedure and why he did not wear his safety gear.

So, I choose to continue my analysis and start gathering more facts, hoping to find an answer. What we find is the following and I’ll continue with my first notation in building a visual presentation of the case, adding the next layer of causes (for our convenience I add a background showing the various phases or dominos). We see that there are three underlying causes (parallel and independent) to the not wearing of goggles: 1) a conscious decision of the victim not to use the ill-fitting safety equipment because he trusts he is sufficiently covered; 2) not supplying suitable equipment by the management and 3) the supervisor choosing not to enforce the safety rule.

I am open for suggestion and arguments here if someone does not agree on some of these being actually causes, or if some of the factors should be considered more important than others. The most crucial in my eyes would be the not supplying of suitable equipment (especially from a prevention point of view), but I have a hard time excluding the other two. 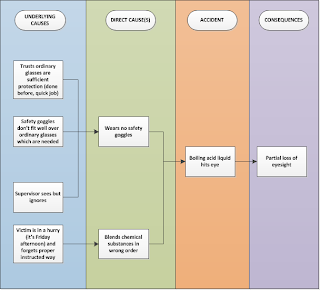 We will take this investigation even one step further. With regard to the victim’s decisions/violation/errors no relevant causal information is found. He is experienced, properly instructed, etc. So I choose not to add more underlying causes here. But the underlying managerial causes can be taken one useful step further back. 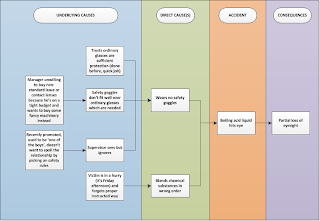 One could obviously take the analysis even more steps back, but I think that the causal connection between “budgeting process” and “recruitment of supervisors” or even “government cuts” and “financial crisis” is going to be too hazy for this case. So I choose to (slightly arbitrarily) to stop here with ‘root causes’ both on personal/employee and management/organisational level.

Then you delve into the root causes. Why did he mix the chemicals improperly - he was in a hurry and wanted to get home - a very common theme in incidents. He was properly trained - he just didn't follow the training. So why did he not wear the "mandatory" goggles? He said they hurt his face. The company would not buy him "special" goggles to make it more comfortable. Why not? Too expensive, they said. His supervisor never made him wear goggles. Why not? Apparently the supervisor did not always wear goggles and didn't feel like he could enforce that rule on other people (no lead by example). The managers over the supervisor either did not know or did not enforce the adherence to a safety requirement.

So what to do to avoid a repeat? Start by finding out how many other safety requirements are not being followed. Start enforcing mandatory safety requirements and if supervisors are not doing their job (enforcement) maybe you need supervisors who do. I personally feel it would have been a lot cheaper and easier for the company to have bought some special goggles for the employee, but that does not relieve him of the responsibility of wearing the goggles, even if uncomfortable. (If I had a dime for every time I was told a respirator was uncomfortable!) Changing the behavior of getting in a hurry is a much harder task. There you have to reach out and engage the "hearts and minds" to change the employees' attitudes about risk and what is acceptable. You won't always succeed. That is why the safety goggles are important: to minimize the injury when someone screws up.

By the way, where is the "unsafe condition" in this case. Oh yes, the dangerous chemicals. Well, if we just shut down the lab, fired everyone, and got rid of the chemicals, this incident would not have happened. :-) 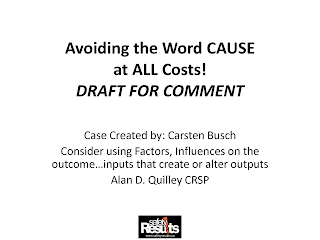 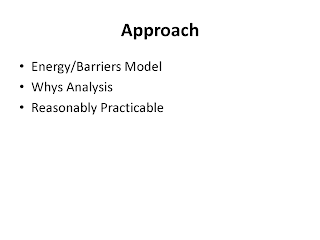 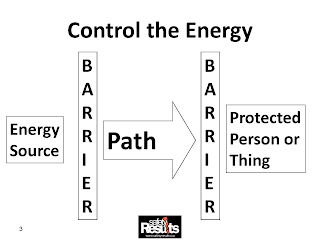 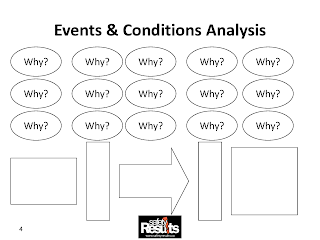 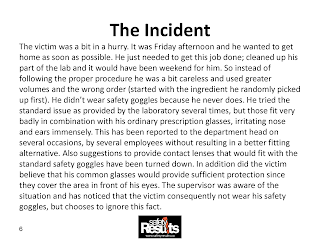 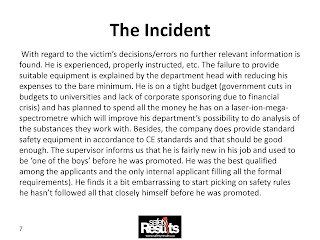 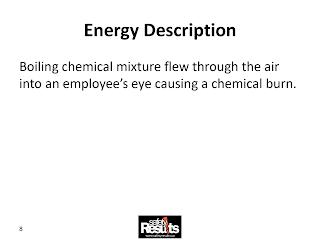 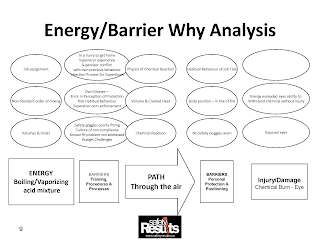 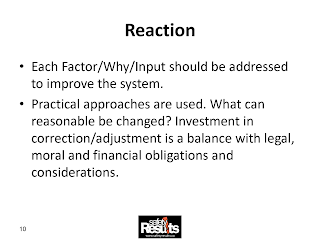