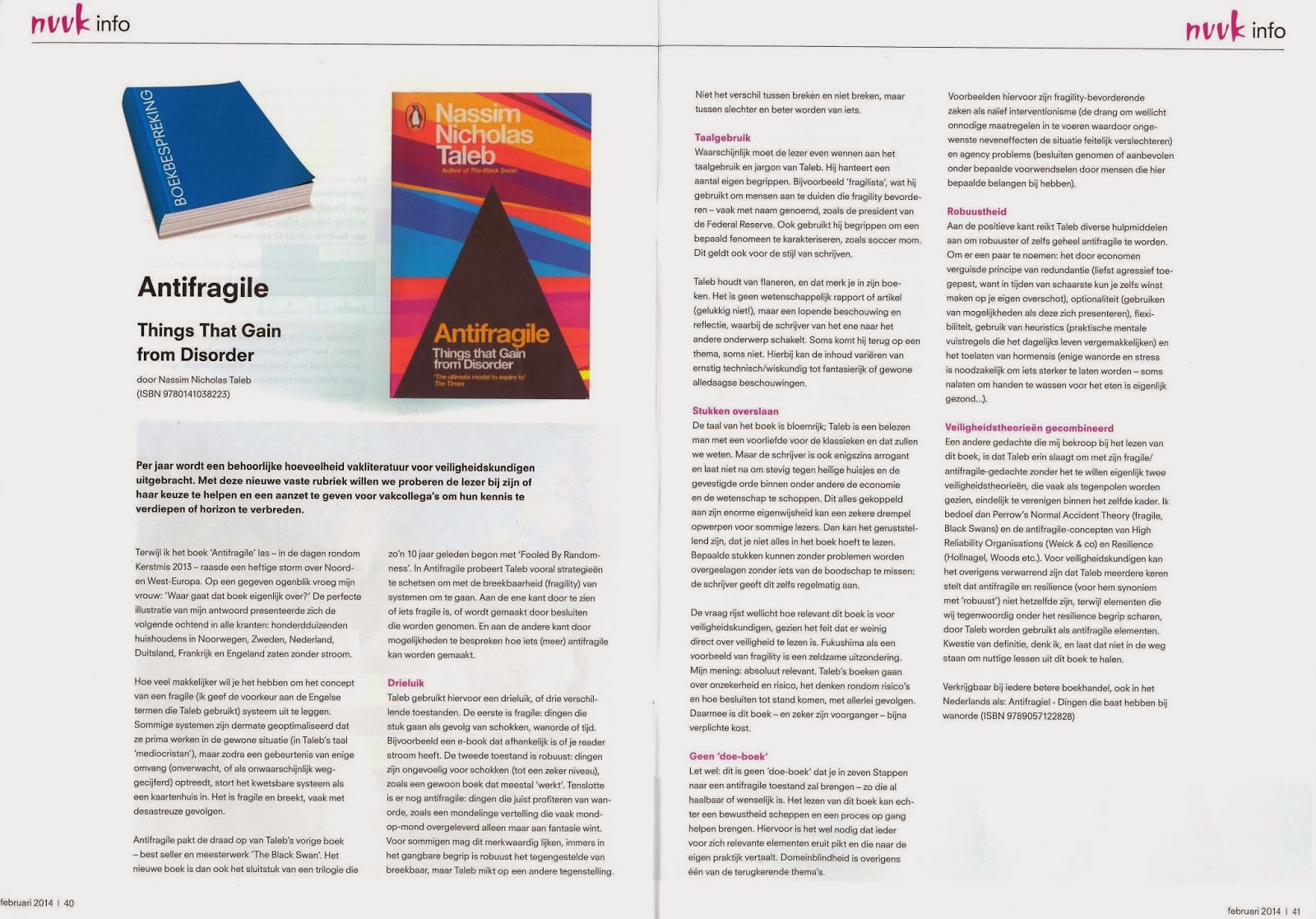 One other thought that struck me while reading the book is that Taleb’s fragile/antifragile thinking unwillingly manages to combine two safety theories that are often regarded as opposites within the same framework. I’m obviously talking about Perrow’s Normal Accident Theory (fragile, Black Swans) and the antifragile concepts of High Reliability Organisations (Weick & co) and Resilience (Hollnagel, Woods etc.). For safety professionals it may be confusing that Taleb on several occasions says that antifragile and resilience (to him synonymous to robust) aren’t the same thing, while elements that “we” (safety professionals) range within the resilience framework are seen by Taleb as antifragile elements. A matter of definition, I think, and don’t let that stand in the way of gathering some useful lessons from this book.
Gepost door Hägar op 08:51 Geen opmerkingen: